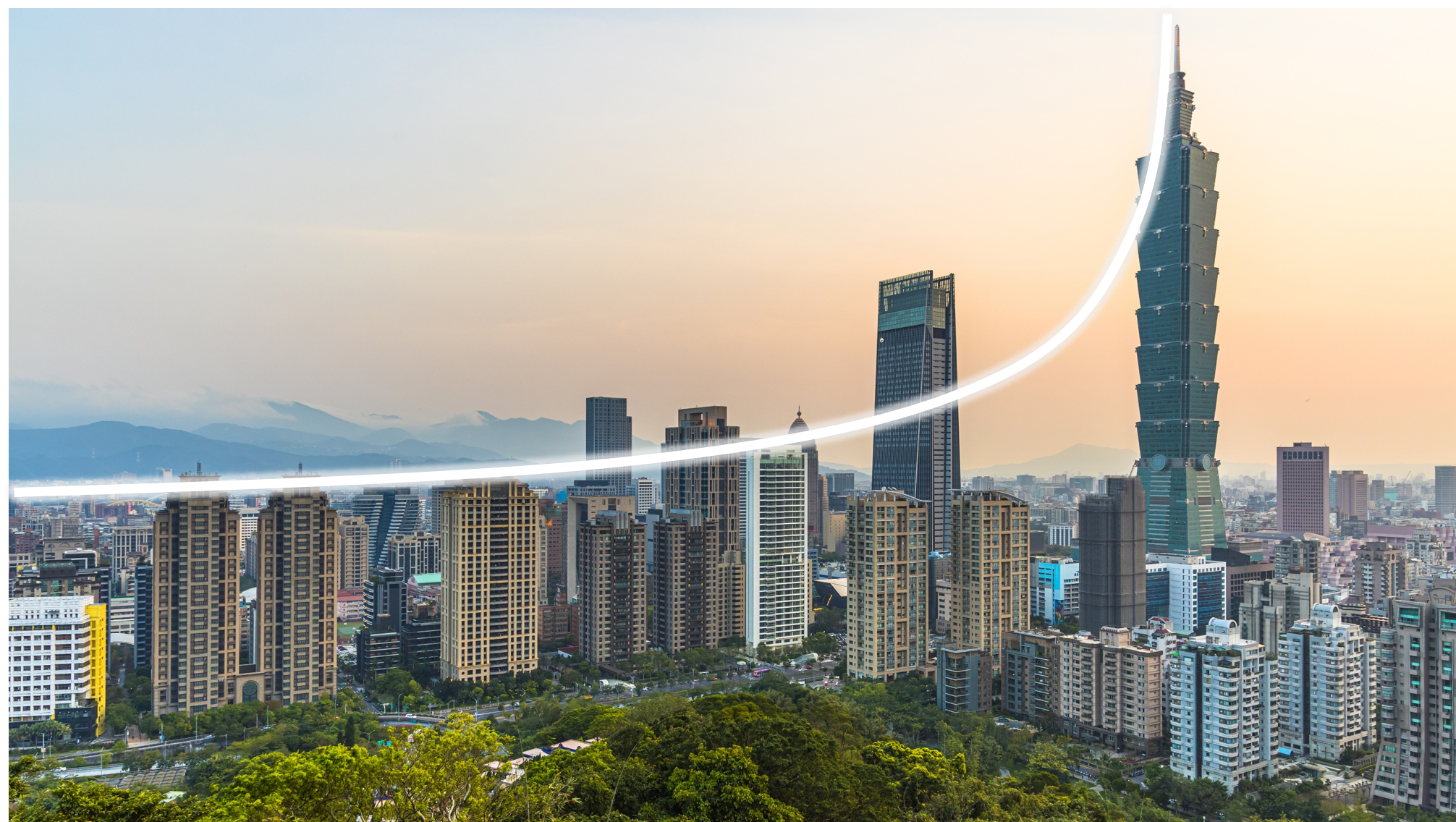 Curtailing the Coronavirus: How Exponential Government Will Make an Impact

“The pandemic is accelerating,” WHO Director-General Tedros Adhanom Ghebreyesus told a press conference. “It took 67 days from the first reported case to reach 100,000 cases, 11 days for second 100,000 cases, and just four days for the third 100,000 cases.”

In a state where citizens are ordered to shelter in place, a country looking down the barrel of the second recession in the last decade, and a world where over a thousand people perish each day from COVID-19, government leaders are responsible for navigating and mitigating one of the greatest peacetime crises in history.

Many people are comparing the coronavirus pandemic to the global influenza pandemic of 1918. But in 2020, we have different options to respond to this crisis—better healthcare, better microbiologists, and, vitally, better tech. Government leaders who use technology to its greatest advantage will be the ones who bring their constituents through this emergency with minimum fallout. How? Extreme adaptability.

We're humans too, and we'll treat you the way we'd treat our family. We'll send you nothing more than valuable content like this article. Still unsure? You can read more about our Privacy Policy here.

Thanks for subscribing! Please check your email for further instructions.

Something went wrong. Please check your entries and try again.

Stay up to date, join the exponential government email list

Warren Buffet famously said, “It's only when the tide goes out that you learn who has been swimming naked.” National emergencies shine a light on our leaders, spotlighting those who are decisive and resilient and exposing the rest. When conditions change at a relentless pace and multiple health and economic systems threaten to collapse, people embodying the exponential leadership traits are more important than ever.

Right now, exponential leaders are advocating for their citizens, using data to visualize short-term and long-term effects, aiming for the best-case scenario while preparing for the worst, and understanding that the key to solving any of these challenges is agility.

As Ismail put it: “As a business scales and its activities morph, so too must its management...Constant learning is critical to staying on the exponential curve.” Scaling. Morphing. Constant learning. There's a clear parallel between building your organization and navigating a crisis. So let's look at how exponential government leaders are fighting this pandemic--not just on the emerging tech front, but on the human front, too.

Around the world, tech is on the front lines of the battle to contain the coronavirus. It makes sense—if person-to-person contact spreads infection, preventing person-to-person contact is the best defense, whether that’s a camera checking the temperature of employees arriving for work before they walk in, or a drone delivering supplies to someone in quarantine.

Governments worldwide are rapidly implementing tech in creative and iterative ways as the need for distancing scales and people’s daily activities must change to follow suit. (One example: The WHO joined TikTok in an effort to cut through coronavirus misinformation online!) Some of the most impactful technologies being used in the face of the crisis include the following:

In Taiwan, where cases are shockingly low given the country’s proximity to China:

A trend around the world: the “constant learning” Ismail prescribes is enabled and augmented by machine learning. In the quest to adapt and stay ahead of the novel coronavirus, AI and analytics are at the junction of human experience and technical innovation. From determining the spread of the disease so officials can proactively set measures to prevent it, to banishing dangerous (even deadly) misinformation, the public sector is using machine learning and automation to assist in the fight against COVID-19.

During this crisis, we can and should also put AI to work:

Early, quick, and decisive action is the hallmark of exponential leadership in a crisis. There are already marked differences in COVID-19 cases between places whose governments jumped to get ahead of the virus and where they did not, and the gap will only grow wider over the next weeks and months.

Taiwan, as mentioned above, has risen extraordinarily to the challenge of adapting public life to a crisis. Despite (and in some ways, due to) their nearness to China, at the time of this writing fewer than 200 Taiwanese people have been infected, and only two have died—and unlike many other countries and U.S. states, they haven’t shut down daily life. That kind of success comes from agile leaders willing to scale up measures as needed to combat the virus effectively…and, moreover, a receptive population willing to cooperate with greater surveillance and structure in pursuit of the greater goal. Major points of their extreme adaptability in action:

Early, quick, and decisive action. It’s made a huge difference and is an example to emulate, as the Governors of California and New York have done.

Another creative way countries are spreading information about not spreading disease? Songs. Vietnam’s National Institute of Occupational & Environmental Health released what’s become a global pop hit about how to keep the virus at bay. The overground train service in Bangkok, Thailand, created a music video called “COVID-19: Dance Against the Virus.” More have cropped up in Singapore, Mexico, Ecuador, and beyond.

In the U.S., exponential leadership will be key to mitigating disaster for many millions of people in three areas: economic, health, and/or educational. Americans filed nearly a million unemployment claims last week and the week before—and those were largely before any governors rolled out statewide shelter-in-place orders. Goldman Sachs predicts another 2.25 million will do so this week. Some reports estimate up to 18% of the workforce could be laid off due to the virus. Many small businesses will fold. Recession seems inevitable. As state and federal governments consider the best options to relieve the millions facing hardship, unprecedented agility will be key to preventing or mitigating years of economic fallout. Whether that looks like citizen stimulus checks, universal paid leave during the crisis for those who can’t work, or something bigger, quick and decisive action is imperative.

Much has been written about the importance of flattening the curve to prevent overwhelming our healthcare system with cases of coronavirus. Governments the world over are issuing increasing mandates to keep people inside and apart, but these measures are largely reactive as we move from containment to mitigation. How can agencies adapt to and overcome the increasing load on hospitals, beyond creating “chilling” triage plans? Public-private partnerships will be essential, from auto factories building ventilators to furniture manufacturers making protective masks and shields.

Of these three enormous challenges, education is the one showing the most extreme adaptability. Despite a notable lack of federal guidance, individual school districts and universities are developing remote learning curricula apace, pivoting to online products and resources with support from learning-focused businesses. In a time when it could be six months before students see the inside of a classroom again, continued improvisation and agility on the parts of teachers, students, and parents are key to a streamlined recovery, post-outbreak.

In times of crisis, we look to our leaders. Right now, there’s a great deal of uncertainty, fear, and tension. At the same time, we’ve seen remarkably rapid decision making and evolving public policy – showing what is possible. More than ever, Americans need government officials to act with extreme agility: early, quickly, and decisively. That means we need to leverage technology solutions and cloud computing that scales our impact—to make sure we’re leading change instead of being swept up in it.

There’s still a lot of opportunity to step up and lead the charge on solutions at the local level, as well as at scale. Leaders who enable a system of extreme adaptability are the ones who will see us through the pandemic, and to recovery on the other side.

Crisis response calls for business resilience and information infrastructure that the public can rely on. With 25 years of experience deploying IT solutions for mission-critical public sector services, Direct Technology is here to help in the fight against COVID-19—on the tech side and the human side. Contact us here: https://bit.ly/dtgovsolutions

Cloud Migration is the process of moving an organization’s data, applications, resources, and workloads from hosted servers in data centers or on-premise, to a cloud-based infrastructure. Cloud technology saves your organization money by improving efficiency, security, scalability, and mobility.

Many of the apps and services we use in our daily lives are hosted in the cloud, like SharePoint, Microsoft 365, Gmail, and Slack. In addition, there are various cloud services available for businesses and public organizations today, including Microsoft Azure, Google Cloud Platform, and AWS.

How else does cloud migration affect business? Check out these stats: